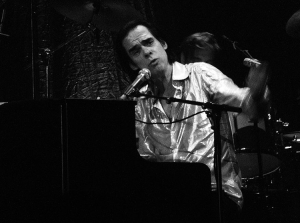 I got turned onto Nick Cave by way of a smattering of recommendations, and from all angles. See, it’s fairly apparent after spending time with me that I have a sway toward deep-voiced, brooding lead singers (see Morrison, Jim and Vedder, Eddie). Nick Cave fits into that—with a more poetic bent than the rest, another reason I was drawn to him once I heeded those recommendations.

I saw on Metacritic that Cave’s last album Skeleton Tree was getting rave reviews. I read some of those reviews. I quickly learned the story that has become inextricably attached to that album: it’s a portrait of heartbreak after Cave’s 15-year-old son died unexpectedly during the recording of the album.

It takes not even one single second of starting that album to get that vibe. The first track ‘Jesus Alone’ starts with a wicked theremin-like wail of lightning. And then Cave’s voice comes on, guiding our ears through the tunnels of some dark, dark, dark poetry. And we’re entered into it all.

Around that same time, Metacritic also featured an exceptionally praised new documentary called One More Time With Feeling.  It was a music film (I’m tempted to avoid the word “documentary”) about Cave making the album. Or, more appropriately, it’s Cave putting the final touches on the album—post-tragedy. 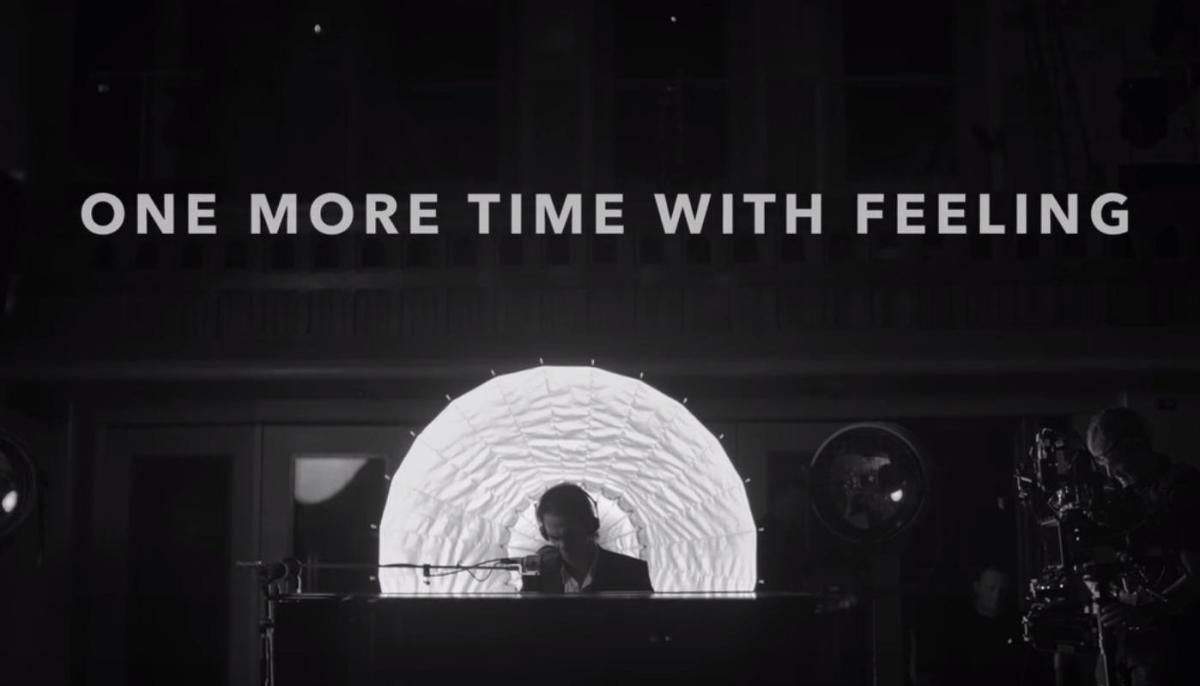 Let’s just say that the air is thick with this one. There’s a few light moments and they cut through hard, but the mainstay is much closer the character that Cave portrays externally—dark, suited, clean around the corners, and bathed and aged in experience.

This is, at least, the main crux of the film. There are other parts mixed in—Cave’s narrating of out-of-studio scenes, for instance, allow us a glimpse into the man’s existence. There’s also a crafty director playing games with the cinema of the music; swerving camera angles and bending our perception points. The whole thing is filmed in black and white (with spontaneous bursts of light so stark it might as well be color) and with some new-fangled kind of 3D camera. I’m sure there’s more info on that online.

The director that pulls these disparate parts together into a cohesive unit (at least as cohesive as a chaotic punk like Cave would allow for) is Andrew Dominik. I know him from The Assassination of Jesse James By The Coward Robert Ford—a film as solid as its title is long. He’s benefited, at least in my view, by Cave’s knack for understanding the point where music can meet with cinema for a collaborative and combined, rather than negative, effect. Cave, after all, has scored several movies (including last year’s excellent Hell or High Water).

In the end, its one of the most unique films I’ve seen in years and touches upon the nerve of the viewer in ways both beautiful and dark. And that doesn’t require one more time. It’s got all the feeling offered that we’re ready or able to accept.