I’m a few days late to wrapping up 2017, but I think that will hardly matter in the grand scheme. This is my 5th year recapping, so happy to continue a good tradition. And, well, years usually seem to shift more on my birthday (January 9) then the Gregorian calendar (January 1st), but that’s not too vain……

I always enjoy answering the questions below, but always struggle a bit to do this part (this intro). How to sum up a year?

Not sure. Still not sure.

2017 was light(er) on travel—which is super relative, considering I went back to Asia, both coasts (a few times), and I think 10 states if I’m counting that correctly. It was full of concerts, parties (the Mardi Gras party from February may have been the best one I’ve been to, and we hosted it!), movies, books, the like. For these, I’m always grateful and looking back fondly.

It was a big year for weddings. Three of my best lifelong friends got married to wonderful women; and I even got to officiate Kevin and Emily’s, which was most certainly a highlight of 2017.

What else? Too much. I still find these years filled with so much richness that it makes it hard to summarize. That’s a gift. To live variously to a degree that simple summations cannot possibly do justice.

My goal for this year was to be ontologically leaner. That meant to be consume less, take less, register a bit less in the atmosphere. I wanted to see if I could produce more with less weight, burden, energy, etc….I don’t know how I did. I know I bought less. I built more. I spent more time with myself—meditating, reading, writing, floating. But Chicago is still a city of friends and I’m still an unabashed extrovert, so I still went out. Still bought things unnecessarily, still drank more than I needed. I guess the leaner part will have to be a lifelong pursuit; and that’s probably a good thing.

And 2018, what does that have in the waiting? A whole lot. Big, big plans for this year. The biggest? Get started on this book. Do my dream thing.

But that’ll come. Here’s the rest of my notes from 2017. Thanks to anyone reading for being a part of it!

Writing: Lots of notebook (learned what a commonplace book was and realized I’ve been doing that for years…). Did an experimental month of poetry, wrote a few blogposts. Overall, probably my lightest year of “public” writing—but I think a lot of that is gearing up for a massive 2018 where writing takes over my life.

Reading:  Finished 24 books, and somewhere in the middle of half a dozen more. 2017 was the year I finally finished Moby Dick. I read two Anne Lammott books, two Irvin Yalom books, and focused more on books about writing or the self. Less reading of novels (fiction) (only 5 of the 24) than previous years too. I said I wanted to touch on spirituality in reading this year and I didn’t do that specifically, but I did dive in where in certain places (poems, psychology…..actually I barely did this. Hmm). Full list of books read in 2016:

Professionally: Another year at Uber down—with some amazing progress here! Expanded my team and put in some first-of-its-kind infrastructure that wil surely outlast me in my role there. 2017 was a year in which the team and I took those steps; rather than being hustling to be reactive to the calls of the business. We got more organized, more streamlined, more specific, and because of that and the talents of those around me, achieved more than we have in any other year. Pretty proud of 2017s professional accomplishments!

Pearl Jam: no shows, but Let’s Play Two came out and saw the premier at The Metro.

This is an obvious one even if it’s not my favorite “thing” as the title suggests. It certainly consumed a good chunk of my time this year, after consuming so little of it in years past (even after buying some Bitcoin in 2014—I wasn’t reading or writing about it).

I think crypto has become a favorite thing of many in 2017 (as I’m sure bull markets make favorites out of many things). So it has some of the cliche and I’m okay with that. But it wasn’t just monetary growth, it was actually a hobby of learning about this technology, writing about it on a few sites, and discovering little-known “coins” that have intriguing offers. In other ways, this became part of my identity as people found out I knew a bit about it. No idea where this whole thing goes, but 2017 was certainly the year I dove in.

Favorite book I read in 2017: A Sport and A Pastime by James Salter

Salter’s book is well known for its eroticism and probably some readings of misogyny, as well. I won’t deny the latter and 2017 has certainly opened my eyes to more of these readings. But I think what gets written off with both of these summations is the prose that the author composes here. It’s fresh, it’s French, it’s sort of full and light at the same time. I haven’t read a book in a long time with so much underlying and marginalia—a big part of why it was the favorite book I read this last year.

That and a undeniable desire to be in Paris and around love and lust and freedom. Salter has enough in there to leave you kind of gasping for that experience a few times over.

There was some serious contention here with The Three-Body Problem which became (I think—trying to avoid some recency bias here) my favorite science fiction book.

I really liked Lady Bird; it stuck with me for some time after and I was happy that my mother and sister saw it and liked it as well. I normally find my pretentious self looking for holes in first-time directors films, but Greta Gerwig pulled this off with amazing style, grace, and some serious conflict with Sacramento.

The acting, too, is great. The script much the same. Really enjoyed the

In general, 2017 was a low one for me with movies. I’m still working through a bunch so maybe the tides will change, but no movie blew me away the way that some in the past few years have (Moonlight, Deus Ex Machina).

I did see The Handmaiden this year which I thought was excellent. And Jules et Jim, and I’m sure a handful of others that were great. Nothing just blew my hair away.

Favorite 2017 album: ‘A Deeper Understanding’ (The War on Drugs)

Lots of solid music came out this year (this album and the other favorites below are probably four of my top 10 current bands, hard to ask for more from one year).

Probably the easiest pick of favorites from the year. This song stopped my cold on the first listen (after a pretty magnificent album (it’s the second to last track). Simply put, this song is beautiful—it’s Adrienne Lenker’s voice over a piano and it’s as bare as its lyrics are winding. She takes it to the last of her breath, giving off a surreal vision of something wonderful. It made me remember that one single song can be a tremendous journey; unconfined to itself, a marvelous trip the ears lead the mind down, hand in hand.

There’s a somewhat common trope of Americans traveling abroad and marveling at other nations’ natural (and manmade) wonders without remembering or realizing that the U.S. is home to some of the most marvelous landscape our planet offers. That’s certainly true and my trip to Sequoia helped me remember that. I hope it’s long before I forgot it again.

The trip to Sequoia is coupled with the roadtrip taken to get there—which involved renting a 31-foot RV. For free. Yes, that’s right. For free.

Had some very solid meals in 2017, including some homemade ones. This one made an impression (truffle dumplings, seriously?) and I went twice in one trip while in Manila—so think I gotta give it to this place. 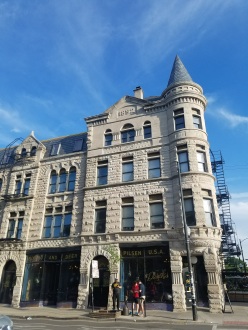 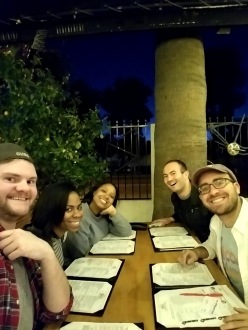 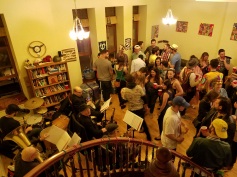