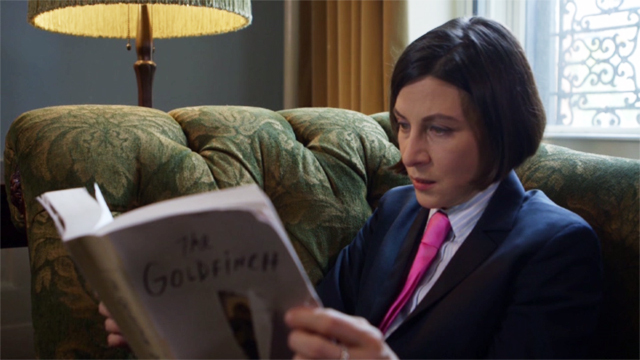 This article was written for my other site, which features a blog dedicated solely to my pursuits in writing. It’s part of a series I’m doing of culled-together writing advices and how I’m trying to use those advices to write my first novel. This was a more personal one, so I thought I’d post it on this blog too.

I’ve been back in America for over a month now. I have another few weeks before I leave again. I’ve found America to be a bit of a pause button on my novel; for reasons that are partially due to my own discipline and dedication, and partially the facts of my life here.

I know a lot more people in America than Asia. I have more responsibilities here, many of which are delightfully encumbered again. Some, though, are distractions that I’m allowing myself, while I figure out the process and framework for tackling the next phase of my project: editing the 400 or so pages I’ve written.

So I think back to my advice set here and found one that stuck with me when I read it a while back and still does. And that’s from a note, quoted in the letters book (though I can’t confirm that anywhere online) that F. Scott Fitzergald wrote to his daughter, Scottie. His advice was to “absorb six authors a year”—each year.

I’ve read 31 books this year (24 of those since I quit my job in June), but here are the six authors I’ve been trying to “absorb” as Fitzgerald put it.

1. John McPhee – A good chunk of my reading this year as been reading about writing and when you do that enough, several names keep surfacing. McPhee is one of them. And though his name comes up for nonfiction instead of fiction, it comes up enough for the former that it seemed worth diving into him. Between Draft No. 4 and his essays online, I’m hooked. He clearly has a genius for storytelling and his notes on structure have guided me both in my novel and in thinking about this blog.

2. Donna Tartt – In April, facing a long layover in London and a longer flight to Cape Town, I went to the airport bookstore and picked up The Secret History. I had no idea what it was, or why I picked that book. I read the cover. Murder? Linguistic majors? Pretentious educated elites? I thought I was in for something like Cruel Intentions with a few more Dickinson sonnets, but what I found was a complete revelation. The book knocked me on my ass. I read all 700 pages in three days in Cape Town. And then I read her other two books and marveled at them, and then marveled at the fact that she took about a decade to make each book. I’ve absorbed no one this year like Tartt (since I’ve read everything she’s put out), and I brought my Secret History copy with me all around Asia just to have on hand, while marking it up in the marginalia like a serial killer, trying to steal as much inspiration as I can get from her structure, characters, and wit.

3. George Saunders – I read Saunders a few times before this year. A short story here and there, the collection of shorts in Civilwarland. New Yorker pieces. This piece he did about the writing process. But I wasn’t absorbing him until this year when I picked up Lincoln In The Bardo and Tenth of December and starting prowling the internet for more. Why Saunders? Well he’s a master of story. Of character, too. He’s tremendous at using dialogue and details to create these characters, whether in spots of the Lincoln novel (which really pushes its own category as a novel). He’s so good at this that it makes me gush with inferiority, but in absorbing I am trying to be a student, not a critic.

4. Wallace Stegner – Stegner’s a later-year addition to this list and I’ve only (so far) absorbed the first two-thirds of Angle of Repose but his influence is real. Nothing this year has made me rethink my sentences, each and every one of them, like reading Stegner. Each sentence of his seems to breath, seems inevitably itself, and creates the aura of his story. After not loving the reading of my first draft, I’m determined to mine through my own sentences with this lens and work to make each one sing. Stegner leads the way.

5. Nicanor Parra – The “anti-poet” of Chile, I’ve both discovered Parra’s poetry this year and fell quite deep for it. Because he freed himself of what he saw as the shackles of poetry itself, his work can be wild, imaginative, and untamed. I dig it. Lots of other poets have been read this year (Merwin, Gilbert, Rich, Dickinson, Li Young Li, have all gotten their various stage calls) but Parra has been most the most new, the most shocking, and the most delightfully returned back to.

6. Bob Dylan – Oh yes, the rock star makes the list. The only person on this list that could crank out the metallic chords to ‘Just Like Tom Thumbs Blues’, Dylans’ also the only person on the list to have won the Nobel Prize in Literature (go figure!). Dylan makes the list for being the soundtrack to many of my writing sessions, but also for being a wordsmith himself. And with the release of this this year, I’ve gotten an amazing insight to his creative process that I’ve absorbed and used as a motivator for me to tinker long and determinedly with my own art.