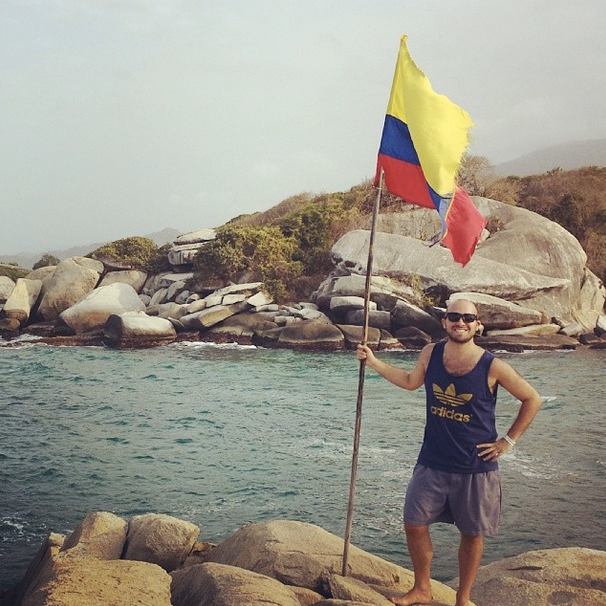 2014 was, well, I don’t really know. I’ve had 19 days to put a label on it and I haven’t found one yet. It was unique, but all the years are (and hopefully will be). It was exciting at times. I traveled—and sometimes it kicked my ass. I met new people, kept up with old friends. Went new places, visited the same places that I continue to love (looking your way New York).

The truth is that the preceding years all had their big events. 2014 didn’t, necessarily. It was populated by great and prodigious moments, to be sure, but not one single one defined the year. Perhaps that’s a good thing. The best thing, I think, is that the years are still going by slowly for me. I know for others that’s not true. Time hasn’t seemed to fly, quite yet. There is so much to pack into a day, into a week, a month, I sometimes struggle to remember all I did do, not what I didn’t. I feel grateful for that position, truly.

My goal at the beginning of 2014 was to work on relationships. After a few years of traveling, I didn’t want to think I was leaving behind my family and friends – the people that are most important to me. I moved to Chicago and for six months got to see these people. What I took away from that is that proximity doesn’t make a relationship, that if I stayed true to myself, the people that I love would be there for me. It seemed that every indication was that I should continue doing what I love–traveling—while the opportunity is there. Because not doing what I love would be something that might be a damager of relationships. And I think my people know that. At least, that’s what I took from it all. Maybe I just have a really encouraging and loving group of people behind me. That’s probably it.

Anyway, another year in the books. It was a good one. Thanks to everyone who helped make it, shape it, and that came along for the ride!

Writing: Blogged more on here. Started about 10 different short stories that haven’t been finished (dammit!). Notebooks upon notebooks filled with mumblings, poems, ideas, quotations, you name it. The writing doesn’t stop, it just slows down at times.

Professionally: Created a new Training program inside Zirtual. Trained hundreds of new ZAs. Found a more consistent voice as a trainer. Started to really get a sense of where I can go professionally doing what I do.

I didn’t know what to call this category. I didn’t have one in 2013, but Serial had to fit in somewhere. As probably the biggest force in 2014 for me, it just had to be someone in a wrap-up I did.

Serial, for those that haven’t heard it now, is a podcast telling the story (from the time to current) of a murder in 1999 and the impending trial and consequences from it. Without hesitating, it’s been the single most intriguing narrative I’ve entered into this year. What’s better is that it was told week-by-week (with no leaks!), so it played like a TV episode of a non-fiction longread, done craftily by the great storytelling minds of NPR.

And while people could debate whether Adnan is guilty until the cows come home, we all sat stuck in the web of the storyelling craft, smiling, detective-izing, and hopefully, at some point, realizing we don’t need to be spoonfed special effects or sex to be totally drawn in to a narrative.

Favorite 2014 book: All The Light We Cannot See (Anthony Doerr)

I didn’t read a lot of 2014 books. Doerr’s book was the best of the small bunch. Told in back-and-forth chapters between two characters in WWII-Europe, Doerr uses some literary devices to bring together some massive stories. Filled with radio terminology, gemological history, blindness, and German war camps, Doerr wraps you into a time period and some very memorable characters. This was his first novel — his short story collections are some of the best around. Glad it translated to the “big” book.

This was my favorite 2014 release. My actual favorite movie I saw this year was ‘Short Term 12’. Here’s some notes on that. I’d like to write about Whiplash. Sometime soon. 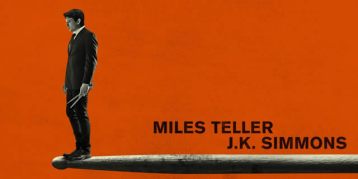 Suffice to say, Miles Teller is going somewhere. JK Simmons went somewhere. Kudos on the direction, the suspense, and the music! It’s a fun movie with a serious undercurrent. One has to ask, “what is the role of a coach?” and, at the same time, “what is one willing to do to succeed”. It made me think of Muhammed Ali’s quote, “suffer now and be a champion forever”. The movie did a great job of showing the dark side of that, and what happens when that suffering gets twisted.

‘True Detective’ could have gotten this if it didn’t go full-detective-show-cliche in its last three episodes. So it goes. House of Cards was a binge-watch in an age where I seldom binge-watch. Spacey and Wright are menacingly captivating, something that’s hard to achieve in TV (or perhaps in the “have to wait until next week” now-outdated format).

It’s edgy, suspenseful, it builds character. It’s got what you want. Plus they were bold enough to kill off a star in the first episode of the second season. Don’t remember seeing anything that gutsy from cable TV since……well……ever.

It came out early and it’s kept its relevance in my life since then. 2014 was a good year for artists I like (War on Drugs, St. Vincent, The Hold Steady, Lucinda, D’Angelo!, The Menzingers, The Lawrence Arms, etc…).

Lost in the Dream was the best of the bunch, garnering some vague spot on my vague list of all-time favorite albums. It, like the rest of the band’s catalogue, is dream music. Not necessarily the floating, ethereal,  this-isn’t-real type. It just plays like the soundtrack of your life that’s not really your life. I don’t know how else to put it. There are times when it seems so accessible, let’s say lyrically, but the music is too hard to grasp. It’s moving somewhere that you can’t access in a logical place. And when that gets flipped, it’s the same. Granduciel is no poet, but his words can take you places you didn’t know you could go.

If none of that makes sense, give it a listen. Start with ‘Lost in The Dream’ the song. Then ‘Eyes to the Wind’. Then rock to ‘Red Eyes’. When you’re ready, and only when you’re ready, go for the closing track ‘In Reverse’. And then listen to the whole damn thing. Because how can you close an album with this:( and not have it be a fucking masterpiece…)

I didn’t have this category in for 2013. I had to put it in this song. Lucinda hadn’t put out an album in some years. I like the album, but this, the last song, a near-10 minute jam cover of J.J. Cale’s masterpiece, took my breath away. Supposedly recorded in one take, it’s pure Lucinda on vocals, thrashing her guitar with the band in the kind of blues-y stupor that has to accompany the song’s repeating verse:  Magnolia, you sweet thing/You’re driving me mad/Got to get back to you, babe/You’re the best I ever had.

The song is a journey. Through all of its own meandering it is still the same journey time after time, but also seems to drop you off at a different point.

Anyone that’s a fan of Cale, the blues, Lucinda, great guitar jams, etc…This is one laid-back way to take it all in. Best served with ice tea on a long front porch in the dead of Louisiana summer, methinks.

Perched in its wonderful green little heavenspot in the Colombian hills, this is a city everyone should get to at some point. Gone are the days of Escobar and fear, this city is thriving, healthy, and welcoming. Honestly, the drive from the airport into the city, rolling around the forever-green hills and around the finca houses in the countryside, is almost worth the trip alone.

The name says it all, really. This place defined tranquilidad. Nothing beats working in a little pool-side bungalow with a private black-sand beach and the Pacific Ocean all wide open just a few steps away.

Porterhouse. Bacon. More Porterhouse. Luger Sauce. This place did not disappoint. Ate about twice as much as I thought I could. That means things went well. And then had steak-brain for days. I still think about that cosmically bleeding bunch of red meat and smile.